Rick Berman is the Executive Director of the Center for Consumer Freedom, a nonprofit coalition supported by restaurants, food companies and consumers to promote personal responsibility and protect consumer choices. Visit HumaneWatch.org to learn more. 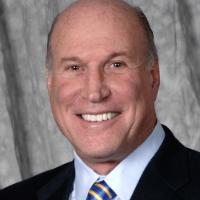 There’s a lot of concern among pork producers about what’s going on with retailers and restaurants. A handful, including brands like McDonald’s, have made demands that their suppliers have a supply chain free of gestation stalls in the next decade.

Demand generally drives supply, but here’s a situation in which the vast majority of supply producers don’t have an interest in responding. Supply, in other words, is at odds with demand.

Essentially, producers and retailers are playing chicken. So who will flinch?

If the pork industry stands together, it will prevail. There are several reasons.

First, consumers don’t care about the gestation stall issue. Ask a man walking down the street what a gestation stall is and he will look like you just asked him something in Russian. That’s one reason we have been using the term “maternity pen” instead of gestation stall—it’s easier for people to comprehend.

New polling puts a number on how little support HSUS has on the sow housing issue. When told that animal rights activists claim the stalls are cruel because they are small and don’t allow pigs to socialize in groups, a majority (67%) of the public responded by either supporting the individual maternity pens (IMP) or didn’t care enough to have a position.

More importantly, when informed that veterinarians support the current IMP housing practice and that it protects pregnant sows from injuries, that number jumped to 86 percent in favor of maternity pens.

There aren’t many issues on which you can garner 86 percent support from the public. Producers are on solid ground and need to invest in vehicles to get the message out to the public.

Second, most producers don’t want to change. The three major pork suppliers (packers) who have pledged to change production practices affect less than 20 percent of domestic sow production (and that only applies to their company-owned facilities). The vast majority of the remaining 80% of the U.S. swine industry, very few of which are large or publicly traded, has no plans to stop using standard sow housing based on the expert advice of veterinarians and animal welfare experts.

Third, restaurants and retailers are making weak commitments to simply get HSUS off their back. Here are some phrases lifted from these companies’ press releases: “will endeavor,” “will strive,” “will develop a timeline,” to change supply guidelines. Those aren’t exactly bold, visionary statements. These companies may seem to be siding with HSUS—according to HSUS’s press release on its own website–but in reality they are open to a third way.

Producers can win on the sow issue, but they can’t be passive or let HSUS define them. The “family farmer versus factory farmer” narrative of HSUS is false. So is the idea that doing things the way they were done 40 years ago is somehow more “humane.”

There are three central points for a producer public information campaign: Producers know more than a D.C. propaganda outfit; veterinarians support producers on the issue; and HSUS is backward-looking while producers are forward-looking. Producers are always looking to improve, whether it’s with genetics, veterinary science, or handling procedures. What they don’t need is the advice of a radical vegan outfit telling them how to run their farms.