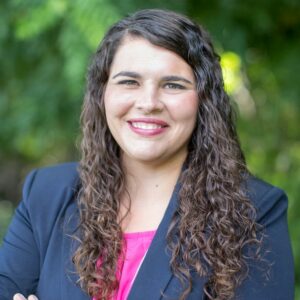 “After a national, farmer-led search process, we’re excited to announce Jill Resler as our next CEO. Jill has demonstrated a passion for the pork industry, skilled leadership as a visionary, and has unmatched organizational skills; she is deeply respected by Minnesota pig farmers and partners inside and out of the pork industry.  Jill has the leadership, foresight, integrity, and work ethic to be successful as our next CEO,” says John Anderson, MPPA President and farmer from Belgrade, Minnesota.

Resler joined the MPPA staff as Director of Producer Outreach in May 2009 working closely with pig farmers and industry stakeholders leading grassroots engagement. She also served as Director of Education where she led efforts to develop the pork industry’s critical human capital. Since 2017, she has served as COO overseeing Minnesota Pork Checkoff programs and staff development.

“It is a privilege and an honor to have been chosen as the next CEO of the Minnesota Pork Board and Minnesota Pork Producers Association. As CEO, I look forward to working alongside a talented and dedicated team and exceptional producer leaders to move our industry forward,” Resler says. “I have spent my career listening to, understanding, and advocating for farmers. I look forward to deepening relationships with our farmers and continuing to build collaborative partnerships while investing in and developing the next generation.”

Resler was raised on a farm in Southwest Minnesota where she still actively farms with her family on their row crop and cattle farm. She’s a 2009 graduate of South Dakota State University with a bachelor’s degree in Agricultural Communications, Education and Leadership. Resler currently lives with her husband and three daughters on their livestock and row crop farm in rural Owatonna.