The Minnesota Pork Producers Association will be hosting its 2021 Annual Meeting virtually on Thursday, February 4, 2021.  The annual business meeting of the association will include a review of the financials and upcoming political sessions that the state and federal levels. In addition, 4 members will be elected to the executive board.

All Strategic Investment Program investors and MPPA Partner members are eligible to register and participate in the business of the annual meeting and have voting rights. Partner members must have a current membership in good standing prior to the annual meeting. You can register online at: www.mnpork.com/2021-annual-meeting-registration or call the Minnesota Pork Office at 507-345-8814.

Bradley Schmidt the National Pork Producers Council earlier in Spring 2020 and will take the role of Director of Producer Service. He’ll work closely with the Minnesota Pork Producers Association with members and Strategic Investment Program investors.  Brad can be reached at schmidtb@nppc.org. 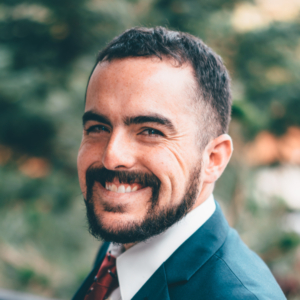 Hello, my name is Brad Schmidt. I am the new Director of Producer Services for the state of Minnesota, through the National Pork Producers Council. In this role, I will work directly with members and producers throughout the state of Minnesota. I grew up on a farm in Southern Minnesota, raising corn, soybeans, and hogs. I graduated from the University of Northern Iowa where I majored in technology management with a minor in marketing.  After college, I started working for ZieglerCAT at their Minneapolis headquarters in various roles in both the Ag and construction divisions.  I live in Bloomington, Minnesota with my wife and I am excited to continue to be back working in the swine industry.

Mankato, Minn. – President Trump signed an executive order yesterday, April 29 that invoked the Defense Production Act (DPA) to send much-needed federal support to the U.S. pork supply chain. The President’s action will allow the federal government to prioritize the continuity of pork processing plant operation, an issue for Minnesota farmers who have seen three of the five primary packing plants where they market animals shut down in recent weeks. The following statement is from David Mensink, a pig farmer from Preston, Minnesota, and president of the Minnesota Pork Producers Association:

“We are grateful for the support from the local, state, and federal government. We need clear, consistent guidelines and all available resources to address the difficult situation. We thank President Trump for taking the next step to help keep packing plants open and re-open those that have shut down.

“Farmers are experiencing an unparalleled drop in the value of their animals and are facing serious financial challenges. Without immediate relief, including expanded financial aid without payment limitations, multi-generational family farms will struggle to survive.

“While getting packing plants back online is critical, the heartbreaking reality is millions of pigs will not be able to enter the food supply. As farmers, that goes against everything we do to care for our animals and provide food for people. We need a strong, coordinated effort between industry and government authorities to depopulate pigs in a safe and ethical way.” 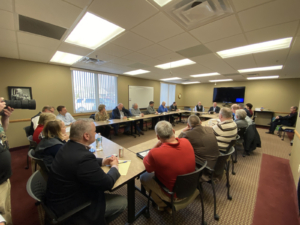 Prior to the roundtable, Rep. Hagedorn and Under Secretary Ibach the Compart Family hosted a tour of Compart’s Boar Store, their family farm near Nicollet, Minnesota. 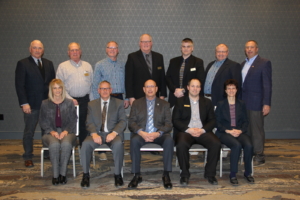